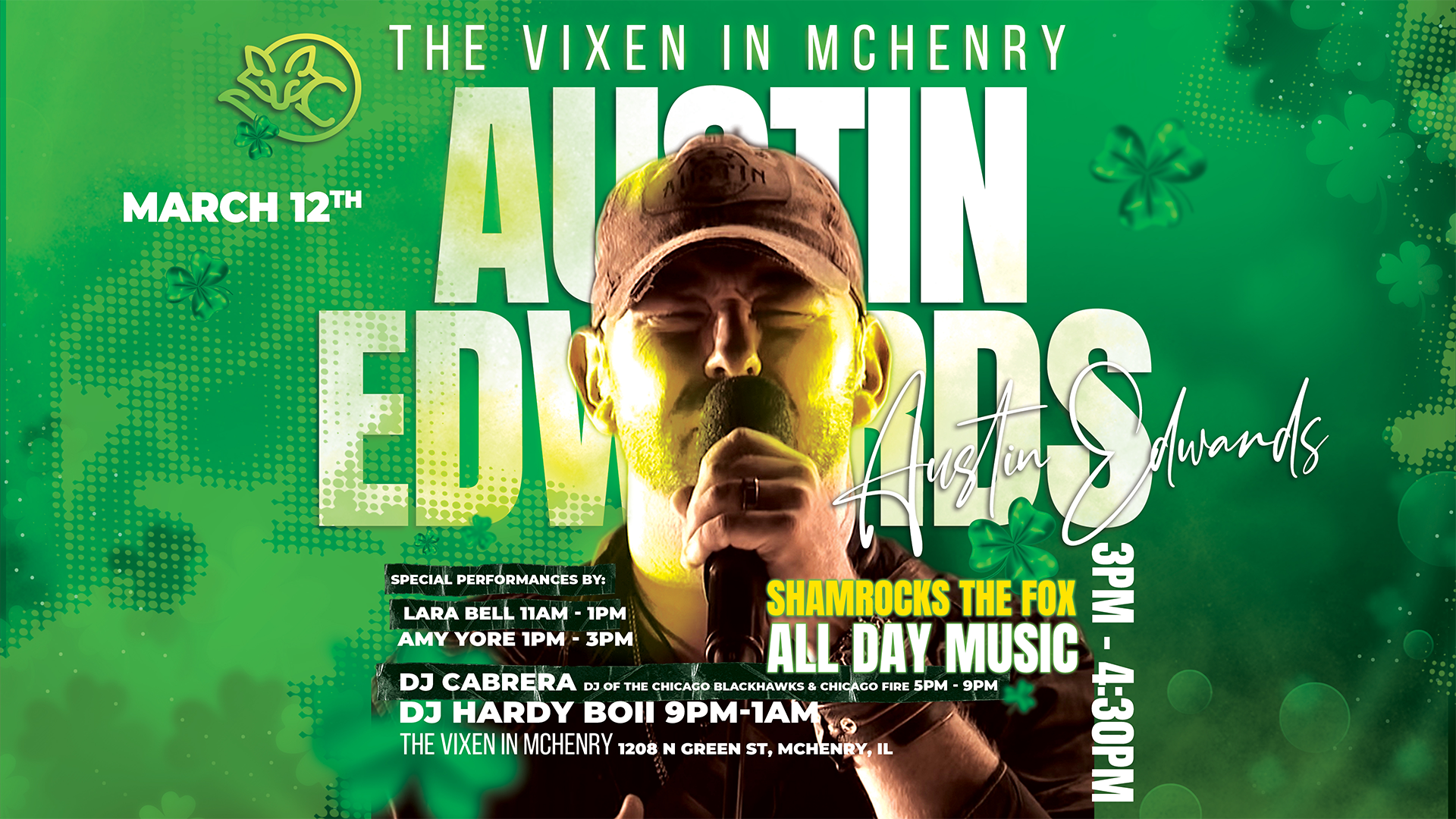 Austin Edwards grew up in Effingham, IL. Music was a standard in his home. His father, a skilled 12 string guitarist, Austin’s mother, a pianist. Family and friends gathering in their house to play, and sing are some of Austin’s best memories. After losing his mother to Pancreatic cancer at the age of 6, Austin and his dad concentrated on music, his father pushing him to always make music his own. At 9 he played his first show, performing “skip to the loo” at a recital in front of a large crowd, it was after receiving a standing ovation for that performance, his dreams of becoming a performer were something he would always keep in front of him. Austin’s roots are those of family, service, community, and love of God and Country. A veteran of the USAF, he is a third-generation law enforcement officer. Making a career out of serving his community and country, but always keeping his music career close.

“When down or I needed music, instead of listening to radio I would pick up the guitar – it just became therapy

As time went on therapy turned into enjoyment and I realized if I gave other people my music, they too could experience what I did through music – it became less selfish and more of a gift to share with other people” – Austin Edwards

Austin recalls his childhood existing of music icons such as James Taylor, Simon & Garfunkel, Peter Paul & Mary, Waylon Jennings, Kenny Rogers, Willie Nelson, Gorge Jones, and Roy Orbison. All of which influenced his music career as he would grow into a well-known local talent in IL.

In 2020 Edwards and then band mate, Joey Kar was invited to perform on America’s Got Talent where their duo Broken Roots received the 1st runner up position on season 16. The highlight of his career to date was in 2017 when Austin and co-writer and brother Sgt. Ron Fabiani received an invitation to perform live at the National Law Enforcement Foundation in Washington, DC. after composing a song honoring their fallen brothers and sisters in law enforcement. They would both be inducted into the American Police Hall of fame for the composition of “Final Call “.

Austin Edwards has been fortunate enough to share the stage with some of the music industry’s greatest talents, including Blake Shelton, David Allan Coe, Cheap Trick, and Jake Owen. His favorite performances though, were always those he got to do with his dad.

Austin often reflects on his father’s final words and ultimate belief in his ability as motivation to keep chasing his dream. He is currently touring nationally with his band and working on his freshman project as a solo artist, targeted to release in 2022. You can find Austin’s work on all streaming platforms.

No ticket required this is a FREE SHOW!