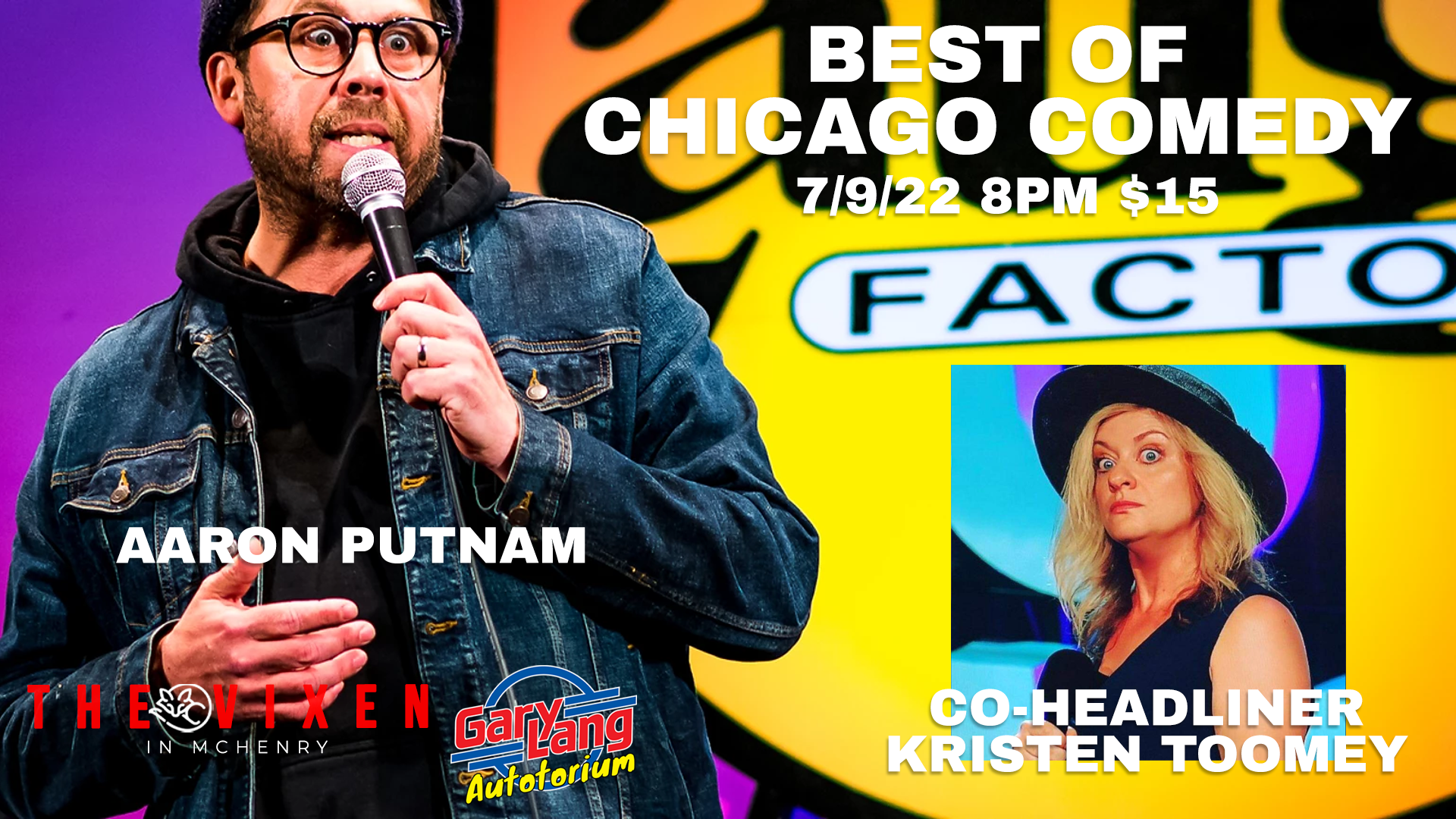 21 AND OVER COMEDY SHOW - EXPLICIT LANGUAGE IN THE VIDEOS BELOW

Aaron Putnam is an American touring stand up comedian , currently based out of Chicago. You can catch him at his home club. Laugh Factory , as well as many other comedy clubs like Zanies. He is also the founder of Stand up in Recovery where he brings laughter to drug/ alcohol treatment centers across the country. His comedy is said to be disarmingly funny and vulnerable. Aaron feels blessed to have opened for some of the best comics working today. He says he gets these opportunities because he’s the best hang in the biz. He also has a Podcast with his lovely wife called The Manchild &The Yogi.

Kristen Toomey’s comedy career began in 2008. Since then she has performed in L.A., New York City and everywhere in between. Her commanding stage presence and energetic, expressive and truthful style of comedy are just a few of the reasons entertainment website, The A.V. Club, said, “Kristen Toomey is a Chicago original.” Kristen is a regular on the late-night comedy show Man of the People with Pat Tomasulo. She is an actress as well, most recently appearing on an episode of Chicago Med. You can see & hear her on her podcast, I’m Upset!, Kevin Hart’s LOL Network, WGN Radio 720, & NPR’s The 21st.