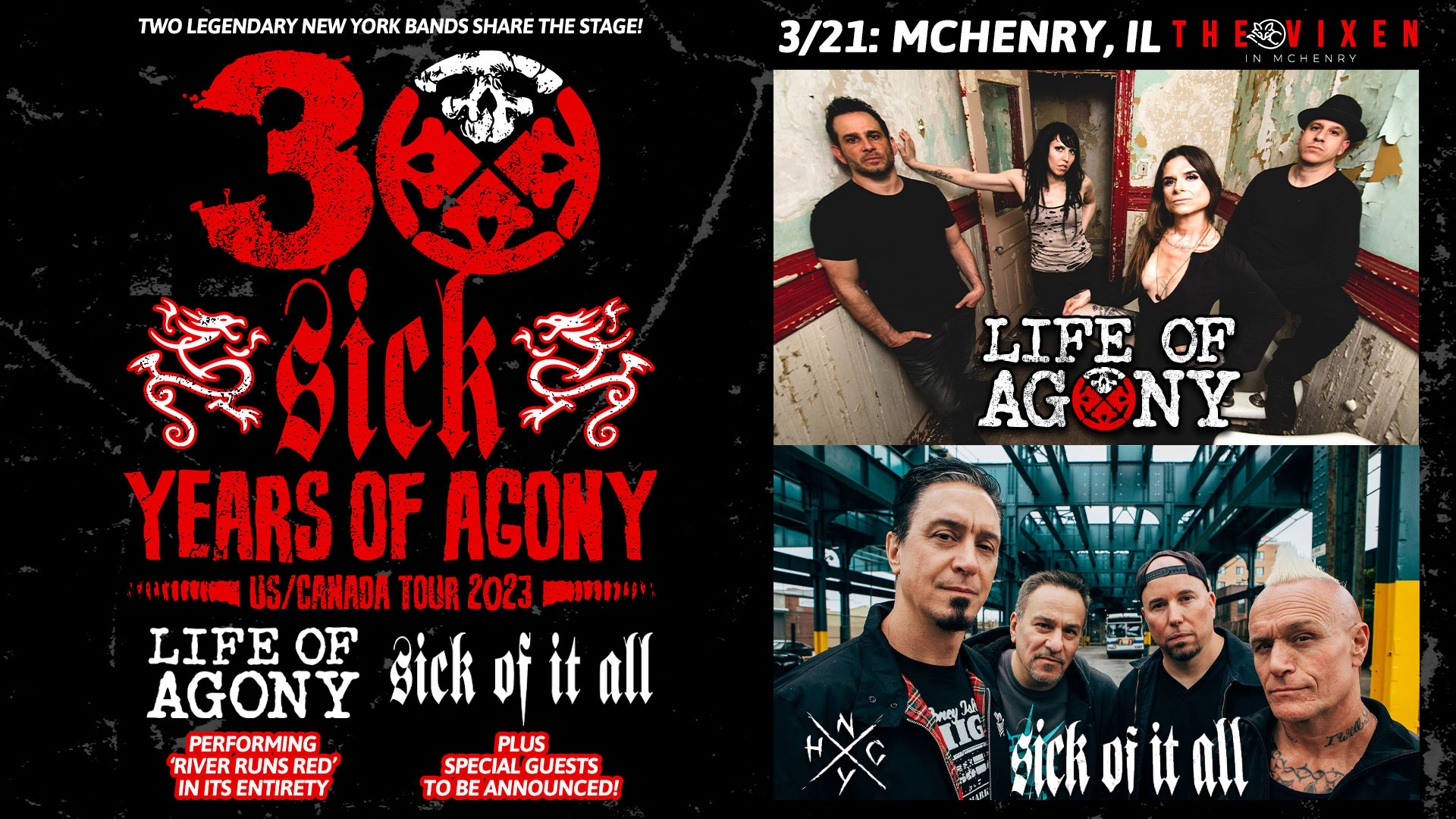 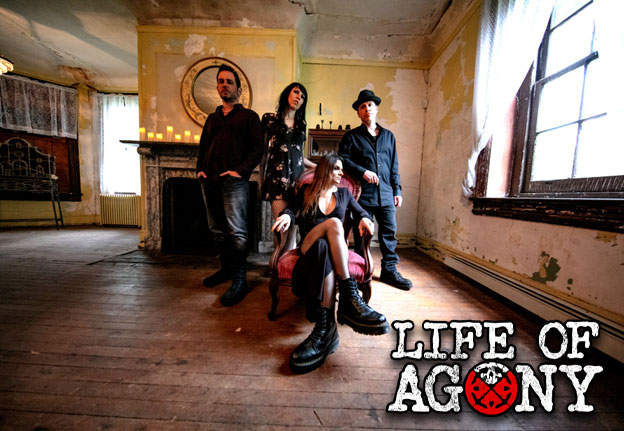 Life of Agony emerged from the New York music scene in the early ’90s with one of the most distinctive sounds in its genre. Best known for its 1993 metal/crossover debut “River Runs Red” (Roadrunner Records), named by Rolling Stone as being one of the “100 Greatest Metal Albums of All Time” the band instantly built a die-hard, cult following. For nearly three decades, the group toured relentlessly all over the world, sharing stages with the biggest names in rock, including Metallica, Black Sabbath, Ozzy Osbourne, Foo Fighters, and The Red Hot Chili Peppers. Life of Agony has sold over one million albums to date. With six studio albums under its belt, including “Ugly” (’95) and “Soul Searching Sun” (’97) for Roadrunner Records, “Broken Valley” for Sony/Epic Records in 2005 (produced by Greg Fidelman – of Slipknot, Metallica fame), and 2017’s “A Place Where There’s No More Pain” via Napalm Records, LIFE OF AGONY released the hard-hitting, emotional concept album “The Sound of Scars” in October, 2019 (Napalm). The record received critical acclaim and was named Album Of The Year by The Aquarian and the #1 Album on Metal Hammer’s (DE) ‘Best of 2019’: Alternative-Rock/Punk List. The album was produced by Sylvia Massy (Tool, System of a Down) along with LOA’s very own Joey Z (mixing duties helmed by Massy), and mastered by Howie Weinberg (Nirvana, Metallica, Soundgarden). “The Sound of Scars” continues the haunting narrative from the band’s groundbreaking 1993 debut “River Runs Red”. Life Of Agony Video “SCARS” Premiered on BILLBOARD! “By far, this is the best Life of Agony record you’ve heard in years,” explains guitarist Joey Z. “We really went back to our roots on this one and tapped into the mindset we had when we first started the band.” The group filmed a chaotic, high-energy video for lead-off track ‘Scars’ with director Leigh Brooks of Firebelly Films. Most recently, a full-length, feature film documentary based on the lives of the three core members of the group, also titled “The Sound of Scars”, was presented at Cannes Film Festival by Toronto-based genre specialist Raven Banner. The film received universal praise from the media and fans alike, rated five stars by Kerrang, who called it “Unflinching”, and the film was featured on CNN, Psychology Today, and BBC. See full reviews, here > Watch THE SOUND OF SCARS Life of Agony Documentary Trailer: https://youtu.be/XzhYR7gI5iU For more information on Life of Agony, official websites and social media, visit: https://linktr.ee/lifeofagony

"NYC HARDCORE LEGENDS" SICK OF IT ALL 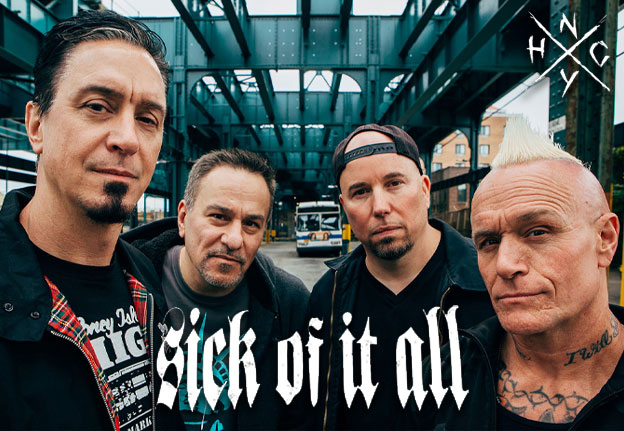 New York City Hardcore legends Sick Of It All aren’t slowing down with age, the long-standing quartet are still pissed off…

The genre stalwarts still see many years ahead. Sick Of It All remain a beacon of continuity, integrity and resolve. That’s good news for Sick Of It All fans and the hardcore scene. Since forming in 1986, Sick Of It All have traveled the world many times over, played in front of hundreds of thousands and released 11 acclaimed fulllength albums. The latest of which is the riotous if anthemic “Wake the Sleeping Dragon!”. That Sick Of It All continue to live by the standards in their original charter isn’t a matter of course, it’s part of their respective DNA. Hardcore is Sick Of It All. As with pivotal albums Blood, Sweat and No Tears (1989), Scratch the Surface (1994), and The Last Act of Defiance (2014), the New Yorkers aren’t afraid to cut the crap on Wake the Sleeping Dragon!. Written and arranged with friend and producer The Jerry Farley (Lamb Of God, Every Time I Die)—a first—opener “Inner Vision,” “Hardcore Horseshoe,” and “The Snake (Break Free)” retain SICK OF IT ALL’s signature sound but add melody, heaviness, and speed to the equation. Guest vocals by Tim McIlrath and Chuck Ragan add a new dynamic as well. Across Wake the Sleeping Dragon!’s 17 songs, SICK OF IT ALL have an album that observes tradition but has its eye on the future. “We didn’t shy away from stronger melodies on this album,” Majidi says. “So, there are some strikingly musical moments. Basically, we chose not to limit ourselves. The songs stand apart from each other by representing many different musical styles that have influenced us.”

Tickets are Standing Room General Admission.
V.I.P. Options available – click on the reserve a table button for details.
$25 per ticket + fees.
All ages show (with a parent or guardian).
Opening act TBD.

Showtime: 6:00PM
Bar opens at 4PM
ALL AGES SHOW (WITH A PARENT OR GUARDIAN)