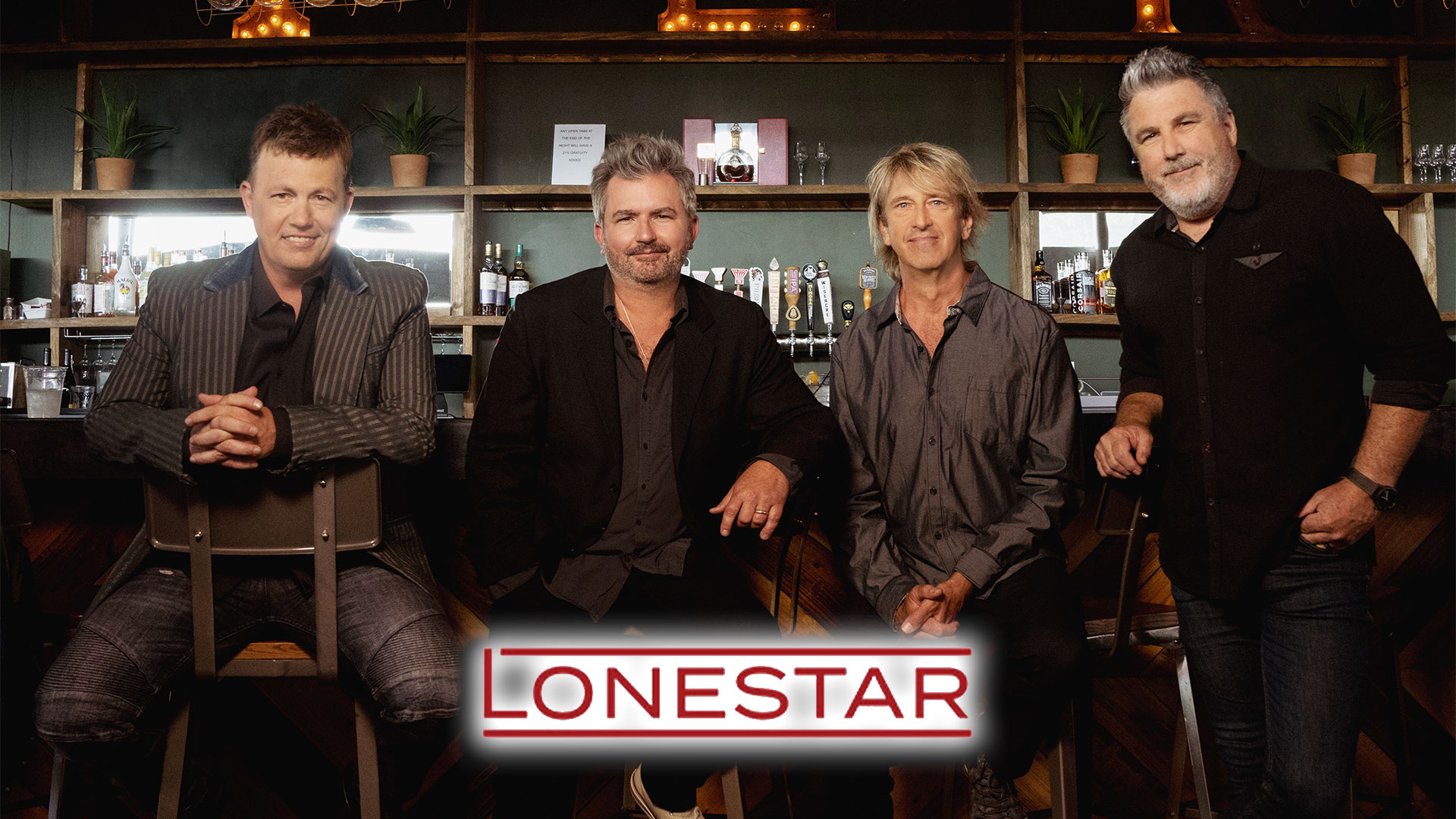 Not every musician has the opportunity to revisit and even potentially improve upon their biggest hits. But on the forthcoming TEN to 1 record, the award-winning band Lonestar—

taking a fresh look at all 10 of their chart-topping country songs.

This streak started in 1996 with the band’s second single, the rock-edged “No News,”

and continued with the following year’s “Come Cryin’ to Me” and “Everything’s Changed.” The band’s quadruple-platinum 1999 album Lonely Grill spawned four No. 1 hits (including the beloved global smash “Amazed”) and established Lonestar as music’s preeminent pop-country band—a status they’d maintain through the 2000s and beyond.

With these re-recordings, the band members were mindful of striking a balance between preserving the sonic elements fans were familiar with—and not repeating them. Fittingly, TEN to 1 record reflects the ways Lonestar’s hits have evolved over the years during the band’s rousing, high-energy concerts. Such talent has contributed to the band winning many of music’s top honors, including Academy Of Country Music awards for New Vocal Group in 1996, Single and Song Of The Year in 2000, along with Humanitarian Of The Year in 2002. They also won Country Music Association’s Vocal Group of the Year and International Artist Achievement award in 2001. All told, Lonestar have sold more than 10.5 million records since their formation.

With the release of TEN to 1 record, the band members are full of gratitude for what they’ve accomplished already, and excited about what the future holds. “It’s amazing that we’re still standing and putting on great shows after all these years,” Sams says. “The fans are still coming out to our shows night after night, to see us and hear our music. That’s almost 30 years of touring, and I can’t tell you how grateful I am—and I’ve never once taken it for granted.”

Mackenzie O’Brien is a singer songwriter and band leader from Northern Illinois. Mackenzie was given the nickname hummingbird as a very young girl as she was often found playing alone and humming made up melodies. This gift has stayed with Mackenzie to this day and she is a sought after melody driven songwriter! To date, Mackenzie has landed several dozen songs on small market radio in the US and in Europe.

Mackenzie continues to build her career with her band in Chicago and with songwriting partnerships around the US. In December of 2019, Mackenzie entered into a relationship with Merf Music Nashville and in more recent months entered into another relationship with Daredevil Productions Nashville. It is through these partnerships that the foundation is being laid for Mackenzie’s next big project! Mackenzie looks forward to sharing parts of this project in the early months of 2022!

​As a band leader Mackenzie continues to build her band through the covering of more challenging songs, and through the delivery of more compelling original songs. The band has played county fairs, local fests, Country Thunder, and top area venues like Skooters Roadhouse, The Hard Rock Casino, The Cubby Bear, Joe’s On Weed Street, The Hideaway Brew Garden, and many many others.

Mackenzie and her band have also opened up for country stars and received recognition from many VIPs in the industry. Stars opened for include: Chris Janson, The Vandoliers, Sam LLanas of the Bodeans, Parker McCollom, and Jordan Davis as well as a post concert played after Lee Brice’s show! John Oates (Hall n Oates), Lee Ann Womack, Artie Kornfield (Former VP at Capitol and Woodstock Fest Founder), CB Head Talent producer at the Voice (NBC), and many others in the field have recognized Mackenzie’s talent and commented on such.

Mackenzie’s hope is to build her brand, share new songs and create new partnerships that lead to music with a greater impact on those around her! She is thrilled to have current partnerships with the companies mentioned above as well as with Breedlove Guitars, Carlino Guitar Straps, and The Moo Country Boutique in Leipers Fork Tennessee!

TICKETS ON SALE AT NOW