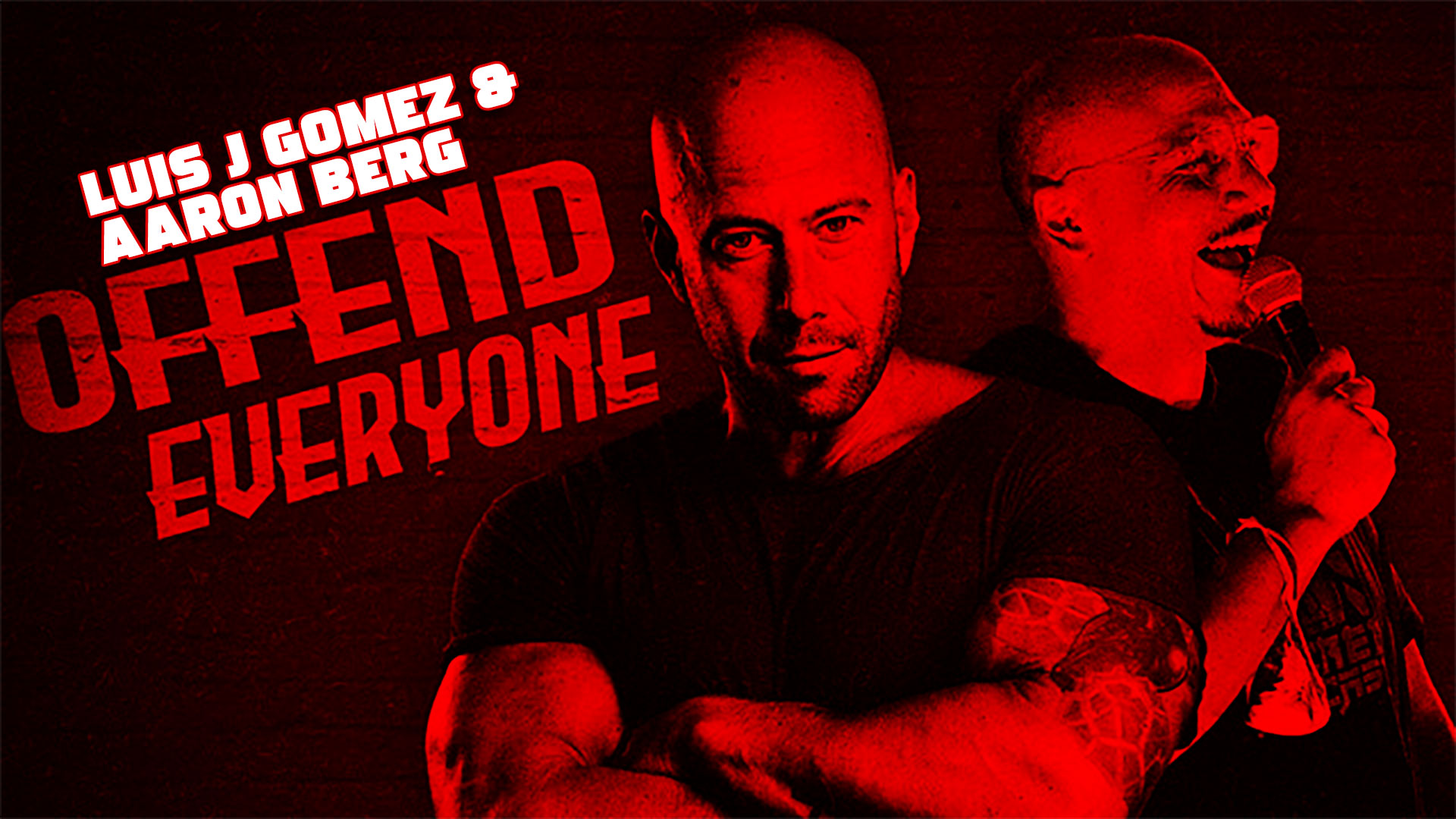 Aaron Berg made his Comedy Central debut on THIS IS NOT HAPPENING in 2016 and has made two appearances on AXS TV’s LIVE AT GOTHAM as well as an appearance on BIG JAY OAKERSON’S “WYFD?!?” on Seeso.  He will also be appearing in Comedy Central’s Roast Battle Season 2 in 2017.

Aaron is half of the weekly show “IN HOT WATER” which can only be viewed on COMPOUNDMEDIA.COM .  He is also an author and has two books out currently.  Mr Manners and American Etiquette.  His two albums are available on iTunes and can be heard on RAW DOG on SIRIUS XM, “COMEDY COLTRANE” and “UNSCRIPTED.”

Aaron is the host of FRANTIC MONDAYS at the STAND NYC can be seen every night doing stand-up in NYC.  Also, Aaron was one of the stars of the groundbreaking TV show 24 HOUR RENTAL airing on HULU.

Luis J. Gomez is a comedian, writer, podcaster, and producer based out of New York City. He is most known for being one of the hosts of the popular podcast Legion of Skanks. His television appearances include NBC’s “Last Comic Standing”, Comedy Central’s “Roast Battle”, TruTV’s “Comedy Knockout”, two seasons of NBC Seeso’s “What’s Your F@%king Deal?!”, and more.

Luis co-hosted “The Countdown” on Sirius XM’s RUSH channel 93 alongside former UFC middleweight Champion Michael Bisping for 2 years. In 2017 they turned the show into the podcast “Believe You Me” which debuted at #1 in iTunes Sports. He regularly appears on Bennington, Jim Norton and Sam Roberts, The Bonfire and UFC Unfiltered.

Recently, Luis performed at the prestigious Just For Laughs Festival in Montreal and was named a “Breakout Performer” by Time Out NY. In 2016, Luis started the GaS Digital Podcast Network with his good friend, and fellow podcaster, Ralph Sutton. He hosts three podcasts on the network (Legion of Skanks, Believe You Me, and Real Ass Podcast). That same year he co-created the comedy festival Skankfest NYC which has now sold out 3 years in a row and has amassed a cult like following among comedy fans world wide.

Tickets on sale now!
Tickets are tiered pricing starting at $35 per ticket.