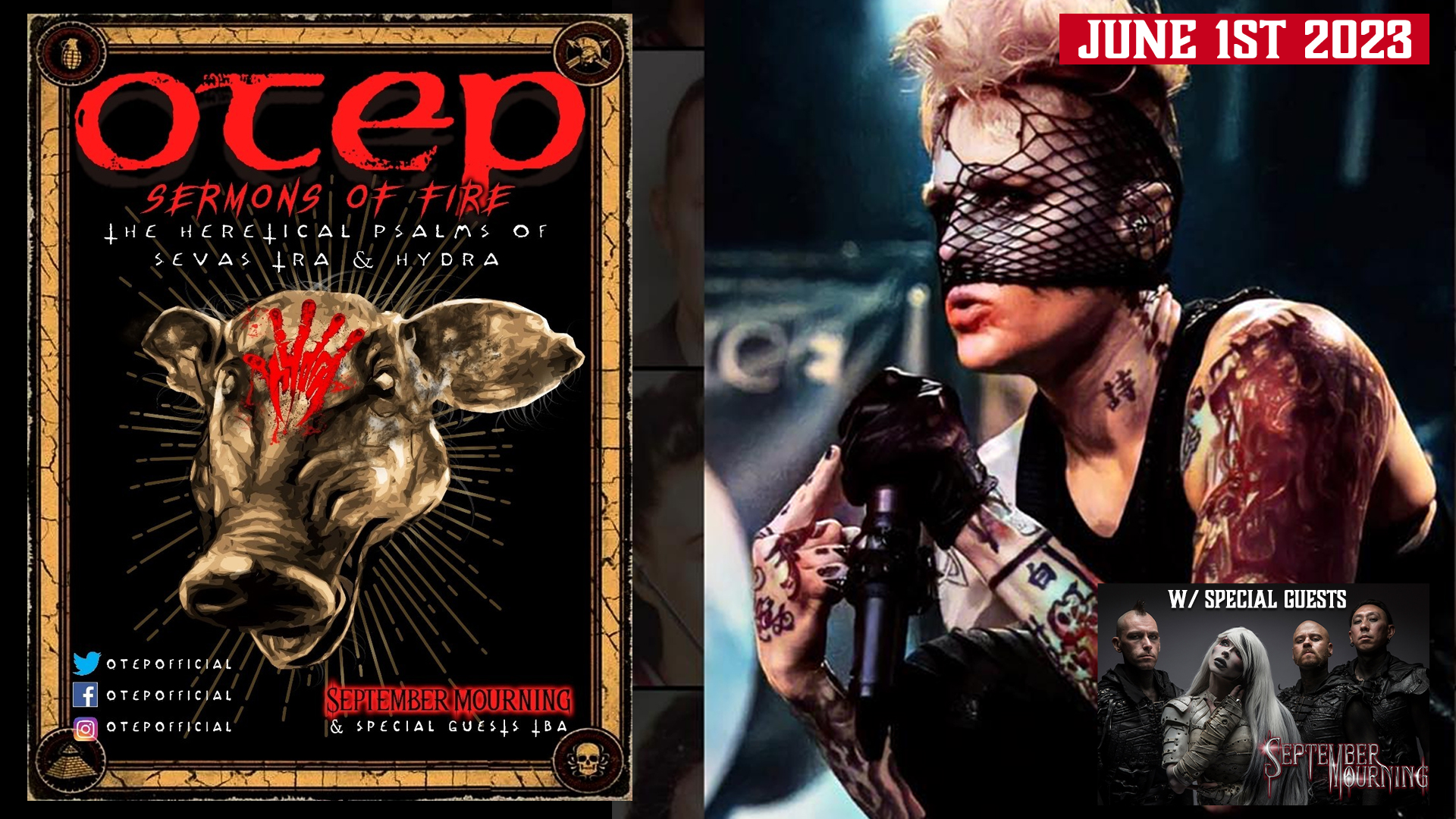 Otep is an American heavy metal band from Los Angeles, California, formed in 2000. They have released two EPs, eight studio albums, and one live album. They are currently signed with Napalm Records.The band has sold over 500,000 albums worldwide.

September Mourning is a metal band, which incorporates a transmedia dark culture project created by Emily Lazar and Marc Silvestri. The conceptual project was formed by frontwoman, vocalist, and screamer Emily Lazar in New York in 2009. The concept narrative created by Lazar and incorporated in the band and their performances, centers around the fictional story of a human-grim reaper hybrid named September, as she navigates the worlds of the living and the dead. The character’s human-side possesses the empathy to give some human souls a second chance. The story is presented on different media platforms, including music, comic books, and live concerts. The comic books are published by Top Cow Productions Image Comics.