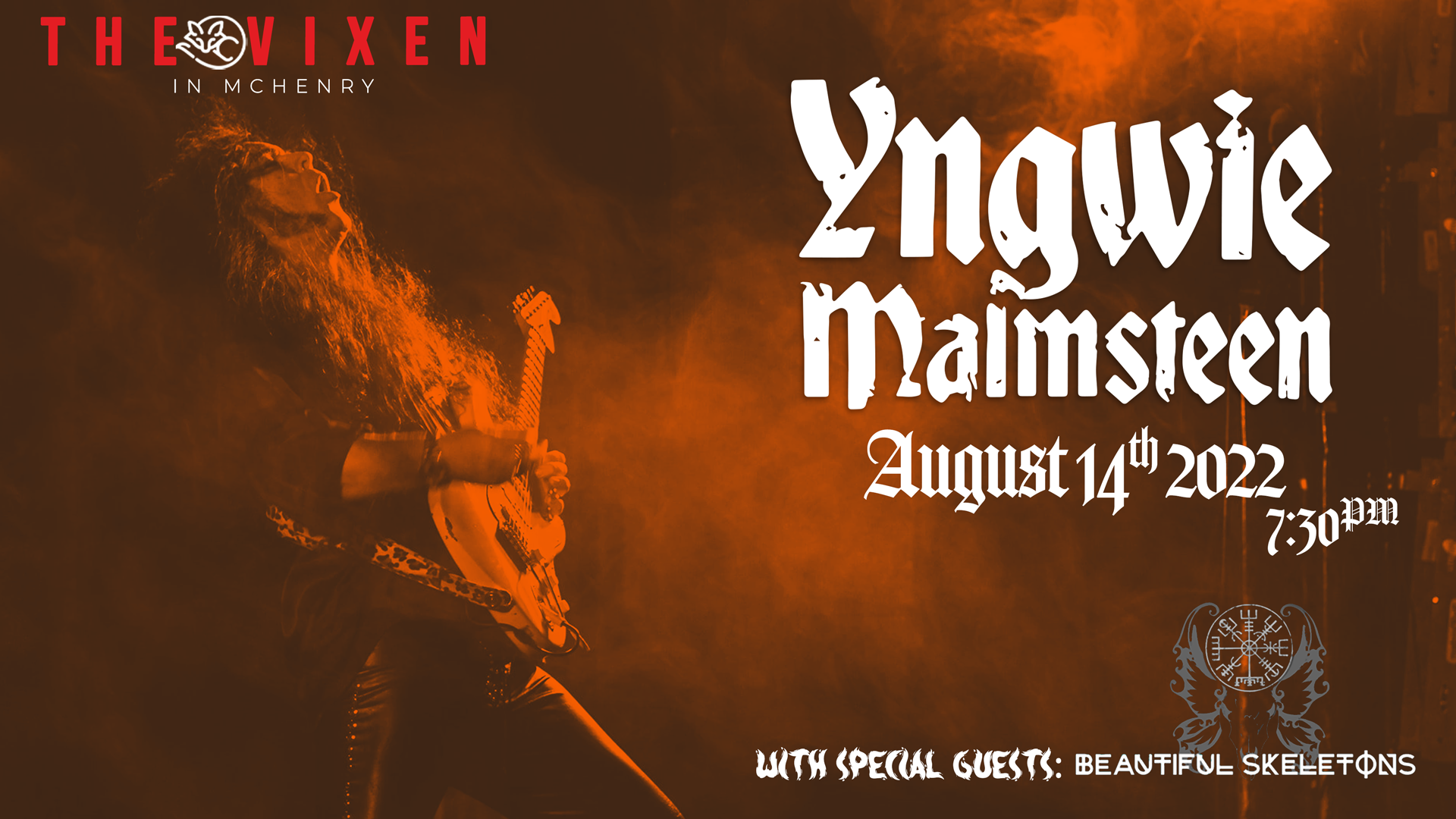 Yngwie Johann Malmsteen is a world-renowned guitarist from Stockholm, Sweden. As a young boy, Yngwie originally had no interest in music, but that all changed on September 18th, 1970 when he saw a TV special on the late Jimi Hendrix. Seven-year-old Yngwie watched in awe as Hendrix blasted the audience with torrents of feedback and sacrificed his guitar in flames. The day Jimi Hendrix died, the guitar-playing Yngwie was born.
Yngwie Malmsteen’s career has spanned over 40 years with over twenty albums to his name. Drawing influence from classical composers such as Bach, Paganini, and Vivaldi, Yngwie is responsible for birthing the neo-classical genre to the world of rock.

October 23, 2016 was the founding date of this hard rock outfit SevenStones, formed by a group of friends who started playing together over a decade ago. In 2017, SevenStones wrote a great number of songs and had multiple friends and family members pushing them to take their jam sessions to the next level. By May 2017, they connected with Ethen Martin at Barefoot Music Productions. He began working on their first EP while at the same time working with them as musicians. By early 2018, SevenStones discovered their true sound as a band and their friendly jam sessions quickly turned into a hard rock quartet dedicated to writing, practicing, and playing music with a purpose. SevenStones combines a multitude of different genres of rock music with a heavy focus on some of their greatest influences. This resulted into the sound that made a strong and unique debut ep. In February 2019, SevenStones went to Breaker 17 Studios to record their first full-length album with engineer Andrew Preavett to take this project to the next level. SevenStones new album ‘A Hope For Tomorrow’ is available on all platforms. The band later added Jacob Clines as the drummer for this hard rock quartet in November 2019. Now the two latest new singles ‘Save Today’ and “Take Me Home” have been recorded at Breaker 17 Studios and Mixed and Mastered by Dean Dichoso, available everywhere. SevenStones will be performing at Blue Ridge Rock Festival on September 10th along with many heavy hitting musicians in the industry, and will also be releasing a new single titled “BREAK” showcasing the next evolution in the bands musical catalogue. New music recorded, produced, mixed and mastered by Dalton Skinner and Ike Thurston.

Beautiful Skeletons has set the Pacific Northwest ablaze, arriving on the scene and quickly making a name for themselves through local buzz and electrifyingly engaging performances. This female fronted, alt metal, four piece band consists of: Tina Firefly on Vocals, Einar Einarsson on Guitar, John Oxford on Bass, Soren Einarsson on Drums and Josh Holland as the band’s sound engineer / fills in on drums.

They have been hailed as a cross between Ann Wilson (Heart), Sevendust and Courtney LaPlante (Spiritbox). The music is dark, melodic, gritty and intense, painting a rich landscape for the haunting vocals, memorable lyrics, growls and screams.

The band introduced their first single ‘The Suffering’ at the end of April 2022, under Paul Crosby Management, PACgroove Records and VONartist Ltd. Their second single ‘Kraken’ released Monday 11th July 2022, and was a highly anticipated drop amongst fans locally and online following the success of “The Suffering”. Within the first 72 hours the single had over 3,000 streams.

Beautiful Skeletons will be joining Yngwie Malmsteen as direct support on the August 2022 leg of his East Coast Parabellum tour following the release of their five track EP “Vegvisir”.

$15 seats are now SOLD OUT! Tickets still available click the Ticketmaster button below to purchase.