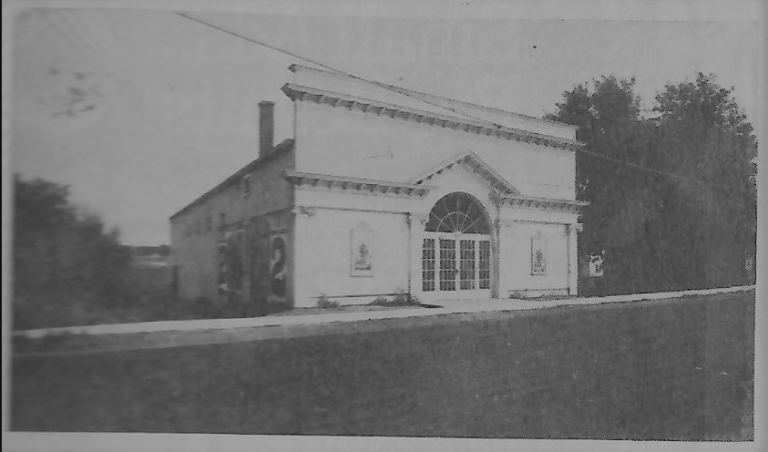 The original space of The Vixen was named Empire Theater and was constructed in 1919 by John and Mattie Smith who were on the road theatrical performers themselves prior to opening Empire Theater. When the theater was first opened, it held both live performances, such as vaudeville acts, as well as silent films.

Empire Theater was not only a home for movies, it was a community center, holding fundraisers and other events. Magicians, radio celebrities, school events, the American Legion and other groups used the theater as a venue.

John Smith passed away in 1931 and his wife Mattie retained ownership until her passing in 1937 and left her Manager, Roy Miller, to fully run the theater.  Roy changed the name to the Colony Theater in 1939 and it soon became one of the most popular destinations in McHenry.

McHenry lost its prize movie house on Nov 8, 1951, to a horrible fire.  Soon, some of McHenry’s leading citizens came together to start putting pieces together.  Many of McHenry’s own people supplied the materials, labor and experience to come together and give the city a theater again.  By February of 1955, McHenry had its theater with the original name of “The McHenry Theatre.

The McHenry Theatre operated until 2014 until it’s re-opening in 2018, when a group of community investors got together to fund the project.

The McHenry Downtown Theater closed down in January of 2022 due to lack of attendance due to the pandemic and the rise of movie streaming.

Have a question?
Drop us a line...